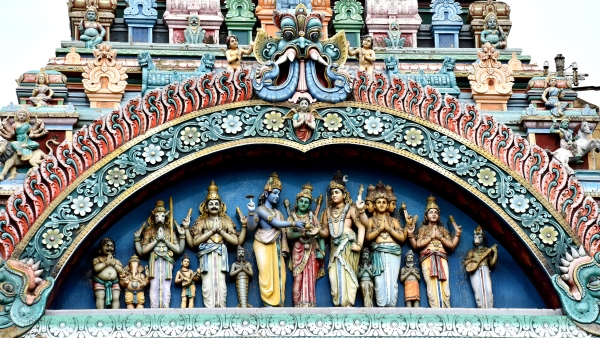 As with all immigrant populations, it has taken 2-3 generations for the British Hindu community to first find its feet and establish itself economically, and to secondly provide a secure path for its new generations to become educated. Now the task remains to create new mechanisms and processes for the Hindu community to look after its aged, infirm and unwell. Bob Blackman speaking in the House of Commons presented statistics establishing that the Hindu community stood out as being remarkable in its ability to “just get on with it”, without looking for handouts and support, and that this cultural attitude had resulted in their exceptional success in all spheres of British life.

Hopefully this attitude can now be applied by Hindus, to improving the care of patients, whilst in the NHS. Despite having such a noticeable presence in the medical professional population of the NHS, the religious and spiritual needs of Hindus whilst engaging with the NHS as patients, have been significantly overlooked. With the new NHS initiative, which at long last has begun to recognise that a person’s wellbeing is dramatically impacted upon by their spiritual and religious health as well as just physical health, the NCHT is excited that we will be able to contribute our ancient spiritual and religious traditions to the human beings who make up the NHS. Whether Hindus or non-Hindus, patients or professionals, the “NHS – NCHT Hindu Chaplaincy” partnership is one which we hope will generate dramatic benefits to all sectors of the nation’s health and we look forward to the journey with great hopes and anticipation.

As the National Hindu Chaplaincy Governing Body in this sector, the NCHT will continue to improve and expand its network of Hindu Chaplains (Hindu Sahayaks) and further develop its infrastructure to help support the NHS in achieving a better set of health outcomes for many years to come.